You want to build up a Lego® investment portfolio, but don't know which sets are suitable? Then we have just the thing for you: In this guide, we present our €500 sample portfolio.

When building the portfolio, we made sure that it is diversified and covers the most important themes. As of today (August 2022), the included sets are still available and can be bought cheaply on offer or in combination with GWPs or VIP points. According to the current status, all Lego sets of the sample portfolio will go EOL (End of Life) in 2022.

Before we present our Lego® sample portfolio to you, we will show you which factors are important when building a portfolio. This is interesting, for example, if you want to expand your Lego portfolio further or adapt our proposal to your requirements.

One of the most important factors is diversification. As with a stock portfolio, individual Lego sets should not have too high a value in relation to the overall portfolio. In a 500€ Lego portfolio, for example, it should be avoided that 1 set accounts for half of the total value.

Furthermore, it is advisable to divide the Lego sets into different and relevant themes in order to diversify further. We have listed which Lego themes are particularly suitable for investments in our Lego Investment Guide.

In the following, we present our 500€ Lego sample portfolio and briefly discuss the investment potential.

123 Sesame Street is one of the most popular television series for children. The fan community is correspondingly large. With the 21324 Sesame Street Lego® set of the same name, the cult series is now also available in miniature format for the living room. The 21324 Sesame Street set was released in November 2020 at an RRP of €119.99 and is particularly popular with AFOLs (Adult Fans of Lego). 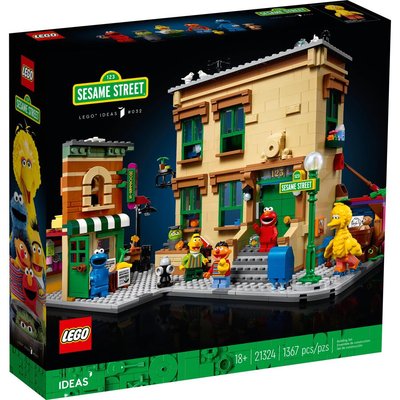 The highlight of the 21324 Sesame Street is the 6 exclusive minifigures included, which are Sesame Street characters. According to the BrickLink marketplace, they are worth about €50 ⅖ of the RRP. The RRP of 119.99€ is very good in relation to the POV (part out value).

The 21324 Sesame Street is rarely available for purchase at deep discounts because it is distributed by Lego as a D2C (Direct to Customer) set. D2C sets are initially only distributed by Lego itself. After a few months, they are also offered at exclusive partners such as Amazon or Galeria. In combination with VIP points or GWPs, the 21324 Sesame Street can still be bought cheaply. 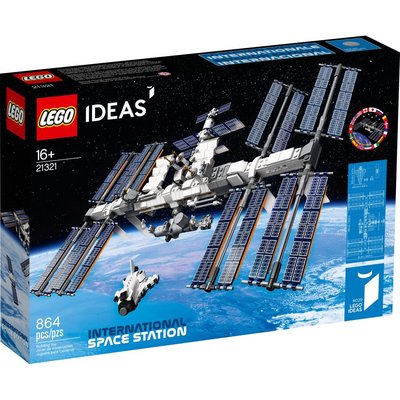 The 21321 International Space Station has good key data, the POV of just under 125€ is in good proportion to the RRP with a factor of 1.9. The past has proven the investment suitability of space sets. The 21309 NASA Apollo Saturn V can be cited as an example. After EOL in December 2019, the value of the rocket increased by about 70% relative to RRP within 6 months. Shortly after, a re-release of the Saturn V was announced and the price dropped back to the RRP level. It should be noted that reissues are rare.

The price of ISS is already rising. This suggests that the EOL date is near. Brickfact price comparison allows you to buy Lego sets at the best price and choose from a list of suppliers.

A diversified Lego® investment portfolio also includes sets from the Star Wars saga. The fan base as well as the corresponding sales market are large. 75319 The Armorer’s Mandalorian Forge was released in September 2021 and will most likely go EOL in 2022. 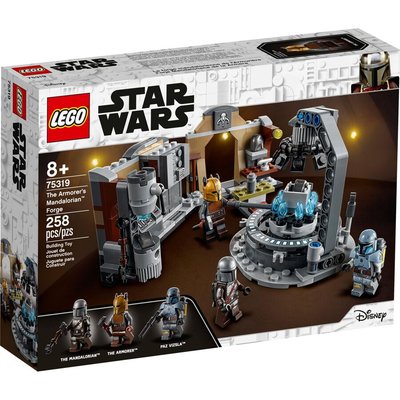 The Lego Star Wars Set 75319 The Armorer’s Mandalorian Forge is available at a fair RRP of €29.99 relative to the POV. According to the Lego marketplace BrickLink, the 3 minifigures included in the set make up more than ⅔ of the RRP, which is a good value. Of the 3 minifigures, 2 are exclusive to the set.

The Star Wars set can rarely be bought below RRP. In combination with VIP points or GWPs you can buy the 75319 The Armorer’s Mandalorian Forge at a great price.

Also offering exclusive minifigures and good investment potential is the 75296 Darth Vader Meditation Chamber, which was released in August 2021 at an RRP of €69.99. 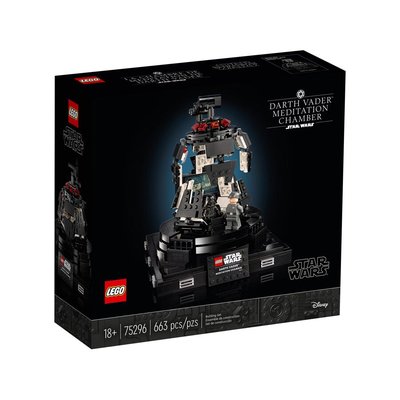 With the 75296 Darth Vader Meditation Chamber, the included minifigures also make up a significant portion of the RRP, with a value of approx. 45€. The RRP of 69.99€ is acceptable in terms of POV.

It should be noted that exclusive minifigures can theoretically be reissued in new sets. This would lead to a reduction in value. From an investment point of view, it is interesting that the Meditation Chamber is considered the first set of the Diorama Collection.

The 75296 Darth Vader Meditation Chamber is a D2C set. Discounts are therefore not frequent. Here, too, it is worth buying in combination with VIP points or GWPs.

The 75980 Attack on the Burrow was released in summer 2021 at an RRP of €99.99. The highlights of the Harry Potter set include the included minifigures, which, according to BrickLink, are worth just under €35, more than ⅔ of the RRP. 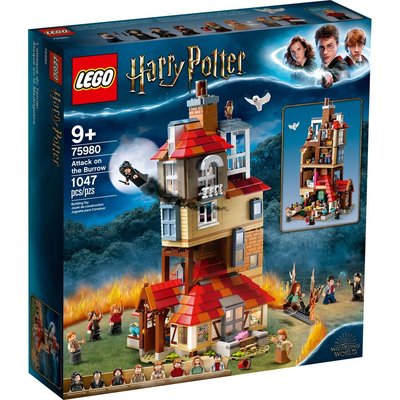 The RRP of the 75980 Attack on the Foxhole is cheap in relation to the part out value. 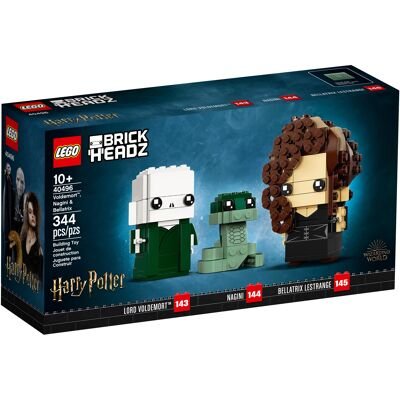 The prices of the Attack on the Burrow and 40496 Voldemort, Nagini & Bellatrix BrickHeadz are also already increasing. In combination with VIP points or GWPs, the Lego sets can be bought at good prices.

Architecture skyline sets: High returns in the past

Lego® sets from the Architecture theme are particularly popular with AFOLs. The sets represent the world's most famous skylines and landmarks in miniature format. The Architecture 21051 Tokyo Skyline was released in early 2020 at an RRP of €59.99. 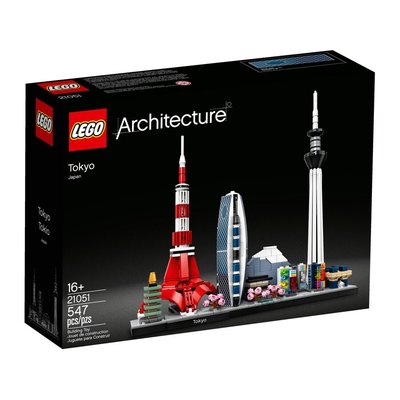 The RRP is high in relation to the POV. For this reason, a good purchase price is important for Lego sets in the Architecture theme. The 21051 Tokyo Skyline can still be bought for just under 40€.

Exclusive Lego® BrickHeadz are well suited for low-cost diversification of the investment portfolio. As already mentioned, BrickHeadz are particularly popular with collectors. The BrickHeadz that are exclusively distributed by Lego and have a licence are suitable for investment, as is the case with the 40496 Voldemort, Nagini & Bellatrix BrickHeadz.

The 40367 Lady Liberty was released in June 2019 and represents one of the most famous landmarks in the world. 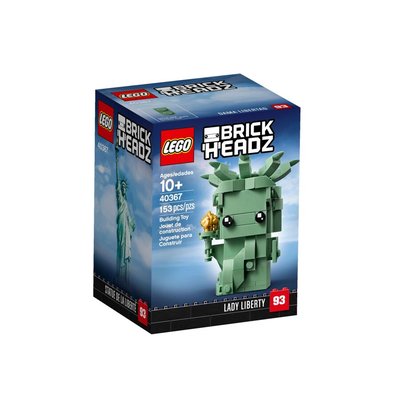 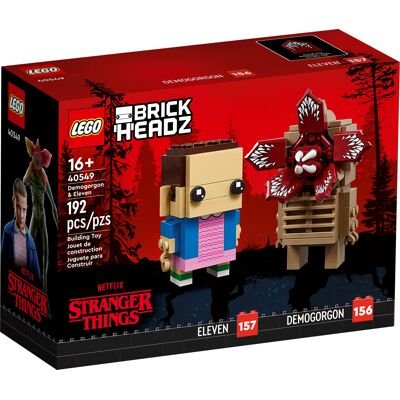 The exclusive BrickHeadz are best bought in combination with double VIP points or GWPs.

When building a Lego® investment portfolio, it is important to diversify broadly. Interesting investments include, above all, licensed sets such as those from the Harry Potter or Star Wars theme.

You shouldn't wait too long to buy the Lego sets mentioned above. Prices are already on the rise. We have prepared further investment tips for under €200 for you in a separate investment guide.

In the deals section of the Brickfact app you can find Lego offers at the best prices. If you wish, you can receive a push notification as soon as new Lego deals are available. Best of all, the Brickfact app is free and available for iOS and Android. 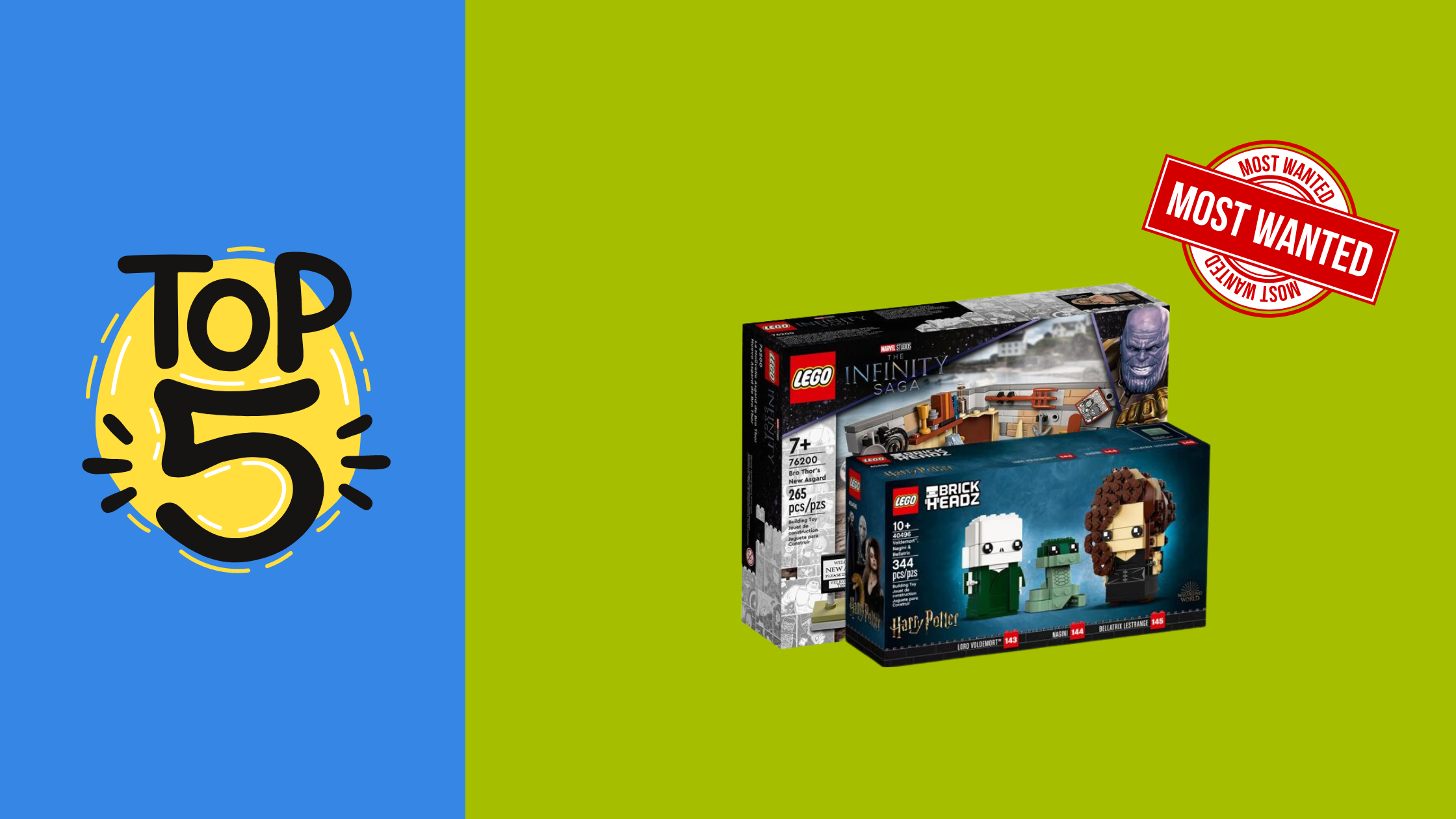 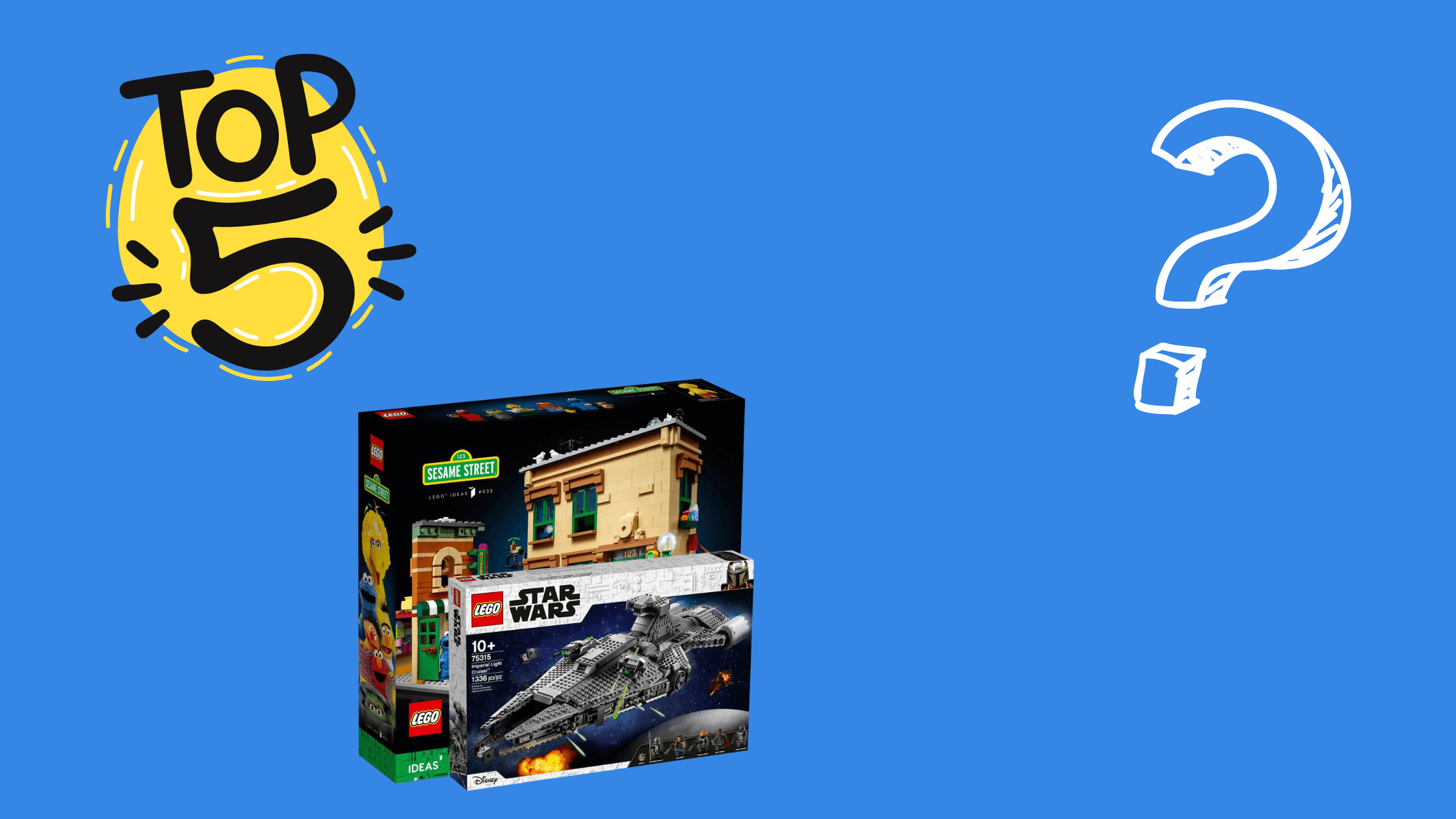 Top 5 Lego® Investment Sets 2022 under 200€
Find out which Lego® sets over €200 are worth investing in with this investment guide. 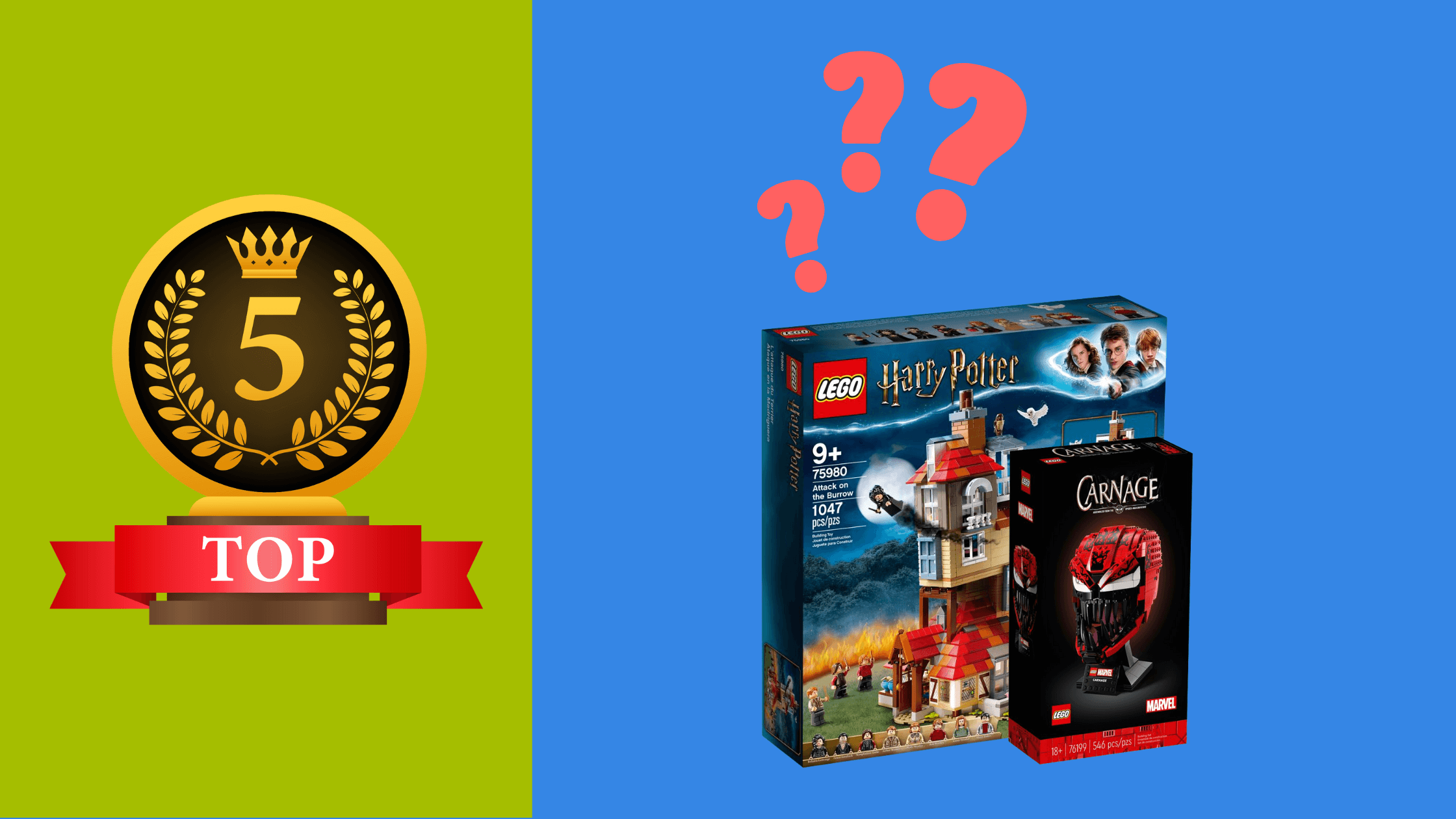