With the Lego® Fire Brigade, you can extinguish fires in your city from bricks and save the lives of minifigures in distress. In combination with the Lego Police sets, a high level of safety is ensured. In addition to large fire stations, the sets of the Danish brick company contain both minifigures and a variety of different vehicles such as cars, boats or helicopters. Lego Fire Department sets are available for firefighters of all ages. The youngest children from 2 years learn with the fire department sets of Lego Duplo in a playful way how to deal with danger. Children from 5 years experience exciting adventures and extinguish fires with the Lego City Fire Brigade. Older builders have the opportunity to devote themselves to sophisticated building techniques and learn about the workings of vehicles with firefighter sets from Lego Technic. In the following, we show which firefighter sets are available and for whom they are best suited. In addition, you will learn how it is possible to build a Lego Fire Department MOC. In a subsequent FAQ, we clarify the most important questions about Lego firefighters.
Read more
Filters
Price
£ £
-
£ £
£0
£1972
Discount
% %
-
% %
0%
100%
Release year
-
1953
2023
Number of pieces
-
0
11695
EOL state
〉
Unknown
Begin of Life
Middle of Life
Nearly end of life
Already EOL
Popular Themes
〉
Architecture
BrickHeadz
City
Creator Expert
Disney™
Harry Potter™
NINJAGO®
Speed Champions
Star Wars™
Technic
Other Themes
︿
Filters 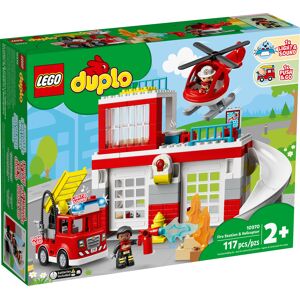 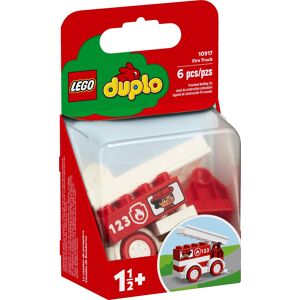 With the Lego® Fire Brigade, children develop their first sense of safety and learn about the dangers of fire through play. Best of all, Lego fire brigade sets are available for children of all ages. In addition to minifigures, the kits also include vehicles such as cars, boats or helicopters to play with.

Budding firefighters from 2 years learn with the fire brigade sets of Lego® Duplo playfully the dangers of fire and experience great adventures. The Duplo sets are easy to assemble and ideal for toddlers.

The selection of sets is large. The large sets include the fire stations that are popular with children. In addition to the actual fire station, these also include a variety of vehicles. These include, for example, classic fire engines or even a helicopter. The kits also include minifigures in the form of real firefighters. Other equipment includes items such as a fire extinguisher, a turntable ladder and a slide. With the large fire brigade sets from Lego Duplo you are prepared for any eventuality.

In addition to the large fire brigades sets of Lego Duplo, there are also smaller ones, which serve as a supplement to the fire stations or as a gift. The small sets often include individual fire trucks and minifigures. The classic vehicles include fire trucks and helicopters. Often the fire trucks have light and sound effects and a Push & Go function. Once the fire truck is pushed forward, it drives by itself for a short distance. The blue lights can flash accordingly and a siren can be played. The children can switch these functions on and off themselves as they wish.

Your own Lego® fire brigade in the city made of bricks - this is possible with the fire brigades sets from Lego City. Builders from 5 years equip their Lego City city with fire department sets and prepare for eventful missions.

Fire stations as a great gift

The Lego City fire stations are particularly popular with boys. In addition to many minifigures, these contain fire engines such as cars, boats or helicopters. The fire stations have an operations center where emergency calls are received and also a garage for the fleet of vehicles. A landing pad for the Lego fire brigade helicopter is also available. Detailed equipment, turntable ladders, axes or nets make the Lego City fire stations a highlight. Through the usual Lego City sets street plates, you can build your Lego Fire Station into your city of chock blocks and place it next to the police station, for example.

The large Lego® City fire stations are complemented by smaller sets. The smaller sets are also suitable as gifts. The kits include fire engines and minifigures. The fire engines have realistic turntable ladders and water cannons with which the fires in Lego City are extinguished. In addition to sets that only contain vehicles, there are kits that recreate larger operations. Among other things, these have fire functions that can be triggered. Small sets such as a single Lego fire brigade helicopter with minifigures can be bought for less than €10. 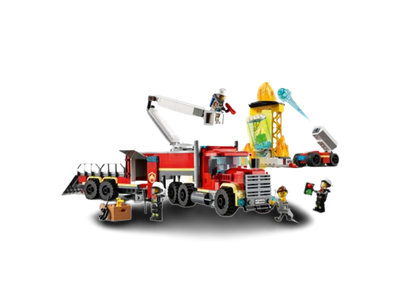 The fire brigade helicopters from Lego® Technic are particularly popular with larger fire chiefs. The helicopters are richly detailed and have rotor blades that can be rotated. Many models also have rescue hooks that can be extended and retracted and a rescue stretcher that can be used to simulate the transport of injured people. 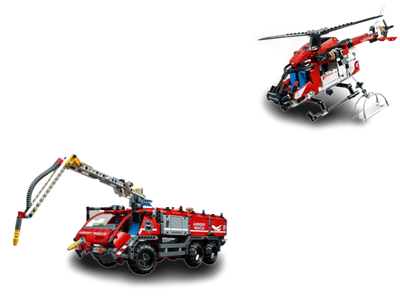 MOCs (My Own Creation) are buildings made of Lego® that have been designed and built by the artist himself. The models are often much larger than conventional Lego sets. They are also sets that have never existed in this form before.

There are many different Lego Fire Brigade MOCs, these include:

There are different ways to find building instructions for Lego® fire brigade MOCs. As a rule, however, these are variants that are subject to a fee.

Online marketplaces where you can buy MOC building instructions include:

In our detailed guide to Lego MOCS we have summarised everything you need to know about building MOCs.

Which Lego® fire brigade sets are suitable for children?

Fire brigade sets from Lego® Duplo are suitable for the smallest fire chiefs from the age of 2. The assembly is uncomplicated and as a highlight, the fire engines have light and sound effects.

Older children from the age of 5 play with sets from the Lego City theme.

Is there a Lego® Fire Brigade Helicopter?

Lego® fire brigade helicopters are available in different themes. The helicopters from the Lego® Duplo and City themes are suitable for children. These can either be bought individually or in combination with a large fire station.

Young people and adults dedicate themselves to demanding building challenges with the Lego Technic fire brigade helicopters. The Lego Technic helicopters are richly detailed and often based on miniature models of e.g. Airbus.

Can I integrate the Lego® fire brigade in the city?

There are also Lego City police stations to match the fire stations.

You want to buy Lego fire brigade sets at the best price? In the Brickfact price comparison you can choose from a variety of suppliers and save money. The Brickfact app informs you via push notification as soon as a new Lego deal at a bargain price is available. The Brickfact app is free and available for both iOS and Android.